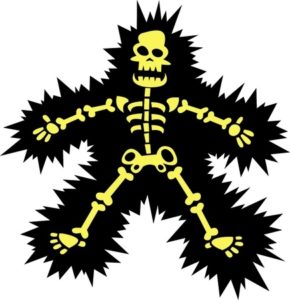 Much like your hammer and drill, all craftsmen know the right tool for the job. When it comes to safety footwear, the same also applies. If you work in areas where a crate might suddenly come crashing down on your feet, safety toe boots will do great. But the same boots would be useless in other environments.

If you work with explosives, electricity and electrical components, then you need special work boots designed just for the purpose. To reduce the chance of getting electrocuted or charging up an explosive environment, safety ratings for Electric Hazard (EH) and Electro Static Dissipative (ESD) are necessary. But what exactly do these ratings mean? We take a closer look at the safety ratings for electricity and what you need to stay safe on the job.

These are the two most distinct types of conductivity found in safety footwear and are tested as per the ASTM (American Society for Testing and Materials) standards.

Otherwise referred to as non-conductive footwear, Electrical Hazard safety shoes are designed to impede the flow of electricity between the shoe and the ground. Since these boots are made entirely from non-conductive materials, they provide a secondary source of protection against electrocution in case of contact with live wires. This substantially reduces the risk of receiving electrical shock while working on live circuits. It is not entirely uncommon to see the EH rating on steel toe boots. While people have a common misconception that metal in your boots is not a wise move, the reality is that steel toe boots are enclosed with a non conductive material. As such, these shoes are very safe to wear around electricity.

Static Dissipating footwear is designed to reduce or dissipate the amount of static build-up collecting in your body. Workers operating in environments that are highly sensitive to static electricity should ensure that their boots are labeled with a neat SD safety rating sewn on. What this type of boot does is actually conduct static electricity through the lining, insole, outsole, cement and then ground it. Without a Static Dissipating shoe, the static charge builds up and discharges in a painful shock that can cause severe discomfort and annoyance to the worker. Additionally, the static charge can not be dissipated if the surface is dirty or not grounded. The floor needs to be free from dirt and give relatively great contact between the sole and the floor.

Even after seeing the precise function of both EH and SD rated safety footwear, making the decision on what to choose should be somewhat easier. Unlike settling on what type of safety toe to wear, the different risks involved here are much more specific. As such, getting the wrong type of rating could mean that you are one slip up away from endangering your life as well as that of the workers.

If you are aiming to protect yourself against any form of electrical shock, then the EH category alone is what you will need. The idea behind electrical hazard shoes is simple enough in that it comprises of zero conductive materials to make it harder to get electrocuted. All ASTM-rated Electrical Hazard safety boots should withstand 18,000 volts at 60 Hz for a full minute without passing any current. Static dissipative boots, on the other hand, are easier to misinterpret for a few reasons. While they offer dismal levels of electrical hazard protection (240 volts), this is not their primary function. They are only built to deal with static energy and reduce the potential of static shock, sparks or charges. Knowing which category you fall in could mean the difference between a typical day at the work and the shock of your life. 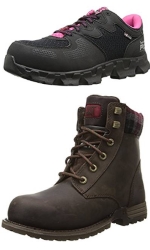