Did you know that North America is home to over 20 different species of highly venomous snakes? Just in the US alone, you can find at least one of each in every state except the freezing mountains of Alaska.

So if you live in any other state in the US and enjoy hiking, hunting or just walking about, I think you’ve got 20 different reasons why you should always have proper protective equipment. Now, granted that you are not a snake handler, you don’t need to have the entire, head to toe gear. However, the importance of a great pair of snake proof boots cannot be overstated. Sure, modern medicine and antivenom has helped save many lives, but I’m sure you’d rather be safe than dead. If you’re still not sure why you need a pair of snake proof boots, we’ve compiled a list of the 5 most deadly venomous snakes in America that could end your life in a matter of minutes. 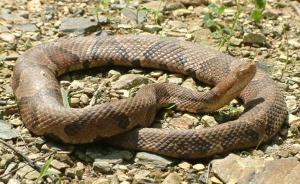 Compared to all other snakes on this list, the Copperhead is perhaps responsible for the most bites. That’s’ because aside from being one of the most widespread species on the planet, Copperheads also have a default instinct to attack as opposed to taking off. The species is more common in Southeast US and is characterized by copper colored triangular head and copper color. It also has patches of hourglass markings on its back. While Copperhead bites are painful, they rarely pose a threat to humans. So why would this snake be on our list? Well, the fact that is widespread and can be found in groups means that enough bites could end your life. 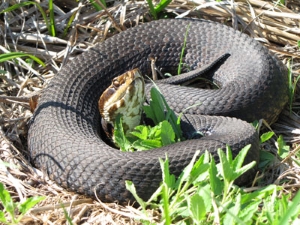 Not so fondly referred to as ‘water moccasin’, the Cottonmouth is a highly aggressive, mean, fast, nasty and super cranky pit viper with extremely large venom glands. They are characterized by their flat topped heads and thick, heavy bodies that are brown, black or gray in color. The Cottonmouth boasts of being the only semiaquatic viper in the world; an excellent swimmer that commonly resides in the Southeastern States.

There’s a good reason why the Cottonmouth is at the top of our list today. Why is this particular snake so feared all through the Americas? Simple, because it tends to bite first, and then ask questions never. It delivers a powerful dose of cytotoxic venom that is so destructive that it eats away at the flesh. This is why so many bite victims end up with grisly amputations. The Cottonmouth tends to hide away in water, so make sure you always have waterproof, snake proof boots if you’re going to be touring swampy areas. 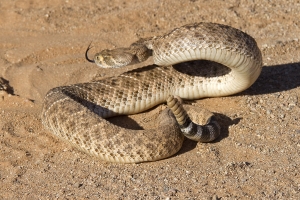 Here’s a deadly rattler that is single-handedly responsible for the most venom and snake related fatalities in Mexico. While the Western Diamondback venom has relatively weak potent, it defeats this shortcoming by pumping a generous does into an unlucky victim. Once bitten, victims experience heavy internal bleeding, swelling, necrosis and extensive muscle damage. If you plan to hike around California, Arkansas and other dry regions, you might want to invest in a high pair of snake proof boots. 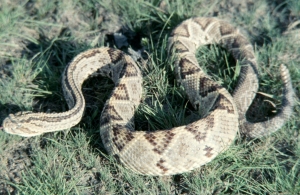 This right here is where the games stop and the horror begins. Now, Indiana Jones may have been the most famous archeologists and all round boot lover, but even he would shriek at the sight of this bad boy. The Eastern Diamondback is the largest of all venomous rattlers in North America and has the largest fangs of any rattlesnake species on the planet. Combine that with a massive venom yield and an absolutely devastating potency and you have a recipe for death. Its venom is so powerful that is induces internal bleeding, bleeding from the mouth and also from the wound site. I don’t know about you, but that’s an excellent reason not to skimp out on a decent pair of snake bite proof boots. 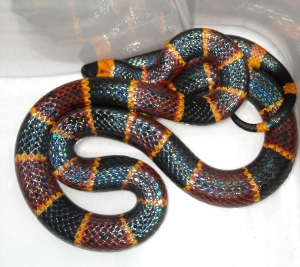 Of all the other snakes on the list, the Eastern Coral is by far the smallest yet most toxic species yet. This snake can be identified by the yellow, red and black rings over the length of the body. The great news is that the Coral snake is very reclusive and rarely seen. However, this is just a part of its infamous unpredictability. In fact, the Eastern coral is so unpredictable that it doesn’t have any control of its venom. At any one time, the snake could have more than enough poison to kill five men, but it might inject just a small dose that is not lethal. However, a larger dose will shut down your nervous system and stop your heart cold you within 2 hours if not treated. If there was ever a reason for ankle high snake proof boots, it would have to be this one.

No matter what species of snake you encounter, you don’t want to waste any time wondering whether it is poisonous or not. A decent pair of snake proof boots will protect you from all snake bites and give you piece of mind as you hunt, hike or enjoy the great outdoors. 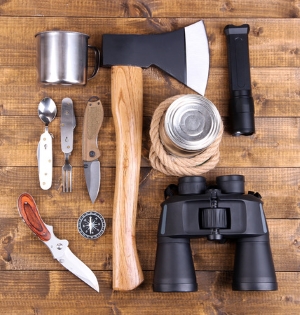 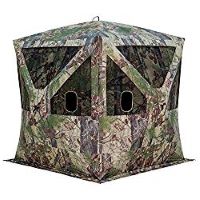